The Southeast’s Center for Advanced Manufacturing

SOUTHTEC, held in Greenville, South Carolina, is the Southeast’s premier destination for manufacturing companies seeking to showcase their products and technologies before an informed, motivated audience of key decision makers and purchase influencers.

The 42,000 manufacturing companies situated in the Southeast region sustain two and a half million manufacturing jobs and generate $434 billion in annual manufacturing output. Three states within the region have been ranked as among the top seven best states to do business in the United States.

Interact with the most important decision makers

76% of attendees influence the equipment purchase decisions for their companies. 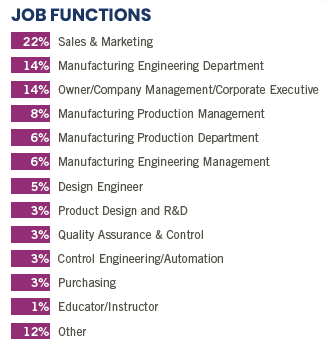 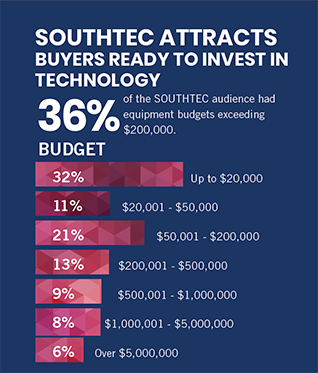 Reach companies of all sizes, from little-known small organizations to hard-to-reach OEMS 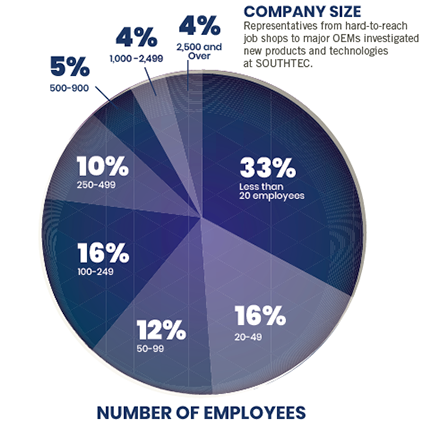 Meet new attendees: Even if you’re a returning exhibitor, SOUTHTEC exposes you to thousands of new leads

SOUTHTEC is on the minds of attendees and exhibitors alike 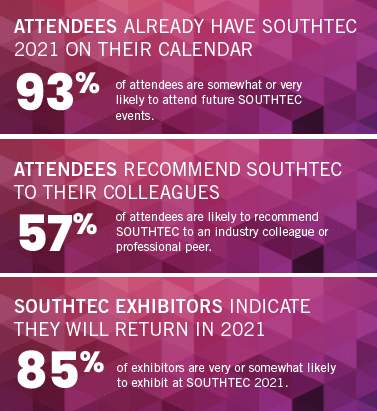 Attended by the Southeast manufacturing industry’s best and brightest minds, SOUTHTEC provides you with the ideal location to connect with and sell to representatives of major OEMs as well as hard-to-reach job shops – exactly why you should exhibit at SOUTHTEC!
Learn more

We invite you review sponsorship options for SOUTHTEC. Our goal is to provide you with every opportunity to make your event experience an excellent return on investment for your company.
Learn more